All public performances have unfortunately been cancelled or postponed due to the pandemic.

I have therefore turned my focus to continuing education, attending many webinars through the Royal School of Church Music, the American Guild of Organists, Choral Conductors Colloquium, and Conductors Collective.

It has been wonderful to take advantage of this time to further develop my sacred organ repertoire, including many chorale preludes by both J. S. Bach, as well as many 20th/21st century composers.

​I have also been very busy studying choral works from both Anglican and Lutheran traditions, and continuing my study of the history of Protestant church music. 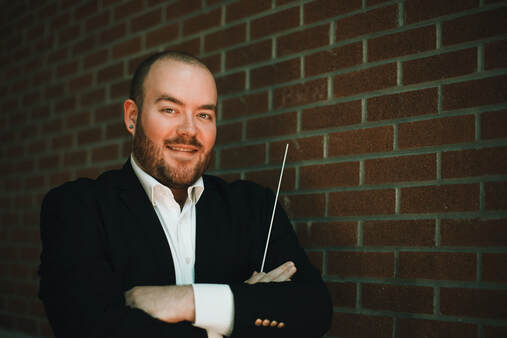 Brandon Michael Smith has performed across the country as a conductor, keyboardist, and vocalist. He is the Director of Music at San Jose Episcopal Church and serves on the Executive Board of the Jacksonville Chapter of the American Guild of Organists. Previously, he was a founding member of the Ithaca Chapter of the AGO. Outside of his busy music ministry, he was recently Music Director for Mamma Mia! at Cape Fear Regional Theare, Keyboardist for the Wicked National Tour, and Conductor of HMS Pinafore with First Coast Opera.

Born and raised in Northeast Florida, he first trained as a vocalist with emphases in opera and musical theatre, before moving into collaborative piano and organ studies. He received a B.A. in Music from Jacksonville University with emphases in Music Education and Choral Studies, and also holds a M.M. in Conducting from Ithaca College with emphases in Musical Theatre, Opera, and Choral Music. He has taught at Florida State College of Jacksonville, Ithaca College, Jacksonville University, and has been sought after by several academic music programs as vocal coach and choral clinician. Prior to returning to Jacksonville, FL in 2018, he held a multi-year residency at The Hangar Theatre in Ithaca, NY.